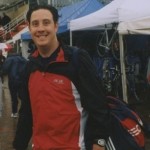 Paul has worked in the field of musculoskeletal podiatry since 1996. Primarily working in the NHS he has gained a vast amount of experience treating patients of all ages. As part of his role as an Extended Scope Practitioner he works outside the remit of the traditional scope of practice of a podiatrist, assessing and diagnosing orthopaedic, neurological and systemic pathology. His job entails treating a patient up to the point that surgery is required.  Paul still works in the NHS on a part time basis. This helps him keep up to date with the latest treatment techniques.

In 2000 Paul opened his first private practice in Manchester. In 2006 he then expanded to Huddersfield and In 2013 Paul opened a third clinic in Sheffield.

Whilst working in the NHS and private practice Paul has had the honour of treating over 30,000 patients with musculoskeletal problems. He has worked with clients from Lancashire Cricket Club, England Cricket, Rochdale Football Club, Burnley FC and other professional athletes from the realms of golf, rugby, hockey, triathlon, athletics and rowing.

Whilst working with professional athletes is exciting, he also loves to get the keen amateur back to their sport as quickly as possible.

Due to his work in the NHS, Paul’s assessment techniques are primarily based around orthopaedic medicine rather than traditional podiatry. Therefore when you come to see him, expect to get a full explanation of how the injuries you have had are related to the poor biomechanics noted on examination. Paul does not just look at foot and ankle mechanics but the whole ‘chain of motion’ to see whether or not other issues could be contributing to injury.

Paul has always felt that it was important that any orthotic intervention prescribed was made by himself. Therefore since starting work in 1996 he has made the vast majority of his own orthotics, in excess of 30,000 pairs*. This means that when you are prescribed orthotics in house at his clinics, they will be hand made to suit your mechanical needs. Paul has adapted traditional orthotic treatment methods over the years and improved on them. Having the skills to manufacture the orthotics means they can be altered dependent on patient feedback.

Paul is also a keen outdoors person, enjoying mountain biking, triathlon and hiking. When not working he enjoys spending time with his wife, Andrea and two children, Matty and Evelyn.

*Patients can request externally manufactured orthotics if they so desire.

Sorry, no Tweets were found.